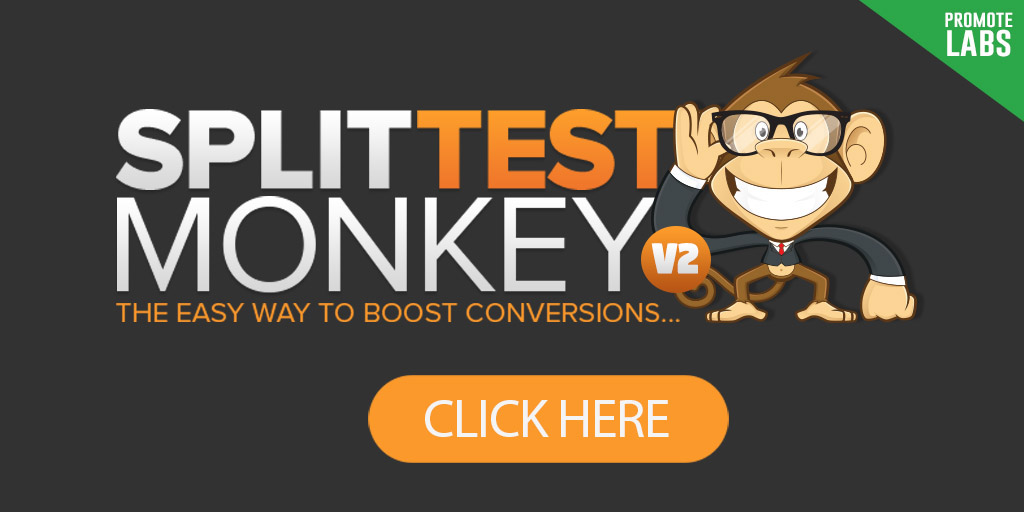 There isn't a serious marketer around who isn't constantly on the lookout for clever ways to get more opt-ins, generate more sales and make more money. And that's why serious marketers know the value of split testing. Split testing is all about finding out what really works so you can make more money while reducing the time and cost of advertising.

So to that end, check out these six incredible split-testing hacks…


1. Focus On What Matters

It's easy to get hooked on split testing, especially when you see those initial results. But not every test you run is going to provide game-changing conversion rates. That's why you'll want to focus 80% to 90% of your time on split testing those factors that are likely to move your conversion rate the most. Those factors include things like your overall offer, your headline, and even the overall design of your page.

Even when you're working on testing these big factors, be sure you're making big changes.

For example, adding one extra bonus product to a group of six bonus products isn't going to make that much of a difference. It's a change that's simply not that noticeable.

In short, focus on testing things that are likely to make a difference, rather than the factors that hardly anyone but you is likely to notice.

Once you start running tests, it's easy to check in on the data early and often. In fact, it's fun to watch it all unfold to see if your hypothesis is correct. And sometimes you'll even see one particular result start out way ahead of the variation in terms of conversions.

It's tempting to stop the test right then. After all, it seems like you can save yourself some time and possibly even money if you stop the test since it looks like one variation is going to win.

It's not uncommon for one of your variations to start out way ahead of the other variation during early testing. However, that doesn't necessarily mean that particular variation is going to end up being the winner. It might win-but it might not. And the only way to tell for sure is run the full test and look at the results.

Sometimes there is some other variable that creates those early results. For example, maybe something happened in the world on the day you launched your campaign which skewed the results. Perhaps a competitor launched a similar product with a similar headline, and so your traffic is coming to your sales page with that other product in mind.

Will that skew your results? You bet it will. And that's why running your test for a couple weeks will help smooth out those variables you can't control, so that you can pick the true winner.

3. Think Outside the Box

For example, it's really common for marketers to assume that the lower a price point, the higher the conversion rate. But many marketers have seen their conversions and profits RISE when they raise their prices. Here are two reasons why?

"Prospects' perceived value of the product goes up as the price goes up. That's why people rate wine as tasting better when they're told it's expensive wine. Likewise, raising your price might make the product seem more valuable and desirable, which in turn boosts conversion rates.

"People who buy expensive products are often more serious customers, so you don't have to issue refunds or spend an inordinate amount of time on customer service issues. Even better, serious customers tend to buy more products in your sales funnel, which means even more profits for you.

Will this particular tactic work for you and your audience? Who knows. The only way to find out for sure is test it. And while you're testing it, go ahead and think about what other assumptions you're making that may be costing you some sales.

Whenever you're doing split tests, you need to set your confidence rating. This is a statistical term that states how confident you can be that the final result is the true result.

For example, it's nearly impossible to achieve a 100% confidence rating, because you'd need to test everyone in your audience. That's not happening.

Likewise, a 99% confidence rating is difficult to achieve. It's doable, but you'll need an extremely large sample size and a LOT of conversions before you're able to be 99% confident in your results.

That's why 95% is a good number. It's still a high number, so you can be reasonably sure that the results from your sample of the population are correct. And yet you don't need an unreasonably large sample size to achieve these results.

TIP: Depending on what tool you're using, you may need to do the confidence level calculations yourself. If you'd rather use a "set it and forget it" method, then use a tool like Split Test Monkey, which does all the calculations for you with their Auto Optimize feature.

5. Look for Inspiration From Others

A lot of online marketers freely share their split-testing results with the online marketing community. And while this information is really useful, it's ONLY a starting point. You should trust but verify by doing your own tests.

In short, don't blindly apply someone else's split testing results to your business. That's because:

So the next time you see someone doubled their conversion rate with some cool hack, go ahead and swipe the idea. But be sure to test it for yourself to see how your audience actually responds.

6. Make Split Testing Easier Than Ever

A lot of marketers make split testing way harder than it needs to be. They get their hands on confidence calculators, they do calculations to figure out the ideal sample size and number of conversions they need, and so on.

Truth is, split testing doesn't need to be that hard. Instead, all you have to do is get your hands on a good split testing tool, one that will do all those calculations for you. Here's the one I recommend: www.splittestmonkey.com.

Now if you've looked at other tools before, then you've seen how you have to install them on your site and configure them correctly before you can even start setting up your tests.

You don't have to do any of that with Split Test Monkey. That's because this is a web-based app, so all you have to do is log into your dashboard and start setting up your tests with just a few clicks of your mouse. And because Split Test Monkey has an Auto Optimizer function, you don't even need to do any calculations, because the app handles everything for you!

Post To 1.4 Million People Daily-Make Sales
Making Sales Is a Numbers Game. When you can reach 2.8 million eyeballs the number are in your favor. Put Our Numbers to Work Now

How To Rake In $100 Over and Over Again!
Would an extra $100 per day make your business better?A Simple Way To Increase Your Income!

OnPassive! The 1st product!
E-Learning is a Booming Industry (including Distance learning expected to grow to $350Billion in the next 5 years

If You Want Success...Don't Be A Mess
Time is Money. Save Your Time by putting an ELF To Work for You Today . I have all of my 278 links in this site . Profit From This